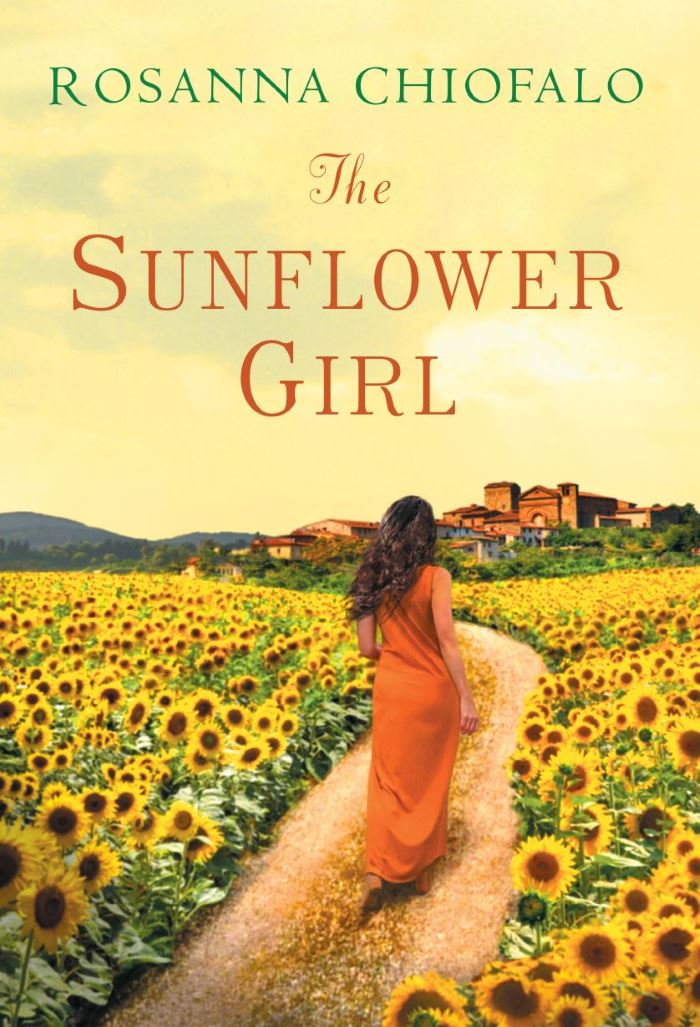 Rosanna Chiofalo returns with another evocative, beautifully written novel set against the stunning vistas of Tuscany...

In the fields around Tuscany in summertime, sunflowers grow in profusion—wave upon wave of gold and green standing tall against the Italian sky. But for Signora Maria Ferraro, the bright yellow blooms carry only bitter memories. Though she loved them as a child, sunflowers have come to represent the most painful episode of her life. Not even her cherished daughter, Anabella, knows what happened to her during World War II, when the Germans overran her hometown of Florence and Signora Ferraro fell in love with a Resistance fighter. In the aftermath of loss and grief she found salvation through an unlikely source-cultivating roses on her farm in the Tuscan countryside. Now the blossoms symbolize everything that is both good and safe, and she nurtures them with as much care as she guards her past.

Yet to Anabella, the rose farm that once delighted her has become little more than a pretty prison. Despite her beautiful surroundings, Anabella longs for more. During one of her regular visits to Siena to sell their flowers, Anabella encounters a handsome young artist named Dante Galletti. His canvases are filled with images of a girl who looks just like Anabella-and Dante claims to have seen her in his dreams, running through a sunflower field. Through Dante, Anabella begins to see sunflowers, her cloistered existence, and the world itself through new eyes. As their relationship deepens, Anabella knows she will soon have to choose between loyalty to her mother, and the risks and rewards of living on her own terms.

Alternating between the viewpoints of both mother and daughter, and between Italy during World War II and a quarter-century later, The Sunflower Girl is a poignant and moving story of the choices we make in the name of love, and the secrets that echo through generations.

As a child, I fell in love with books and dreamed of the day when I would write my own. My parents emigrated from Sicily in the early '60s. The New York City neighborhood of Astoria, Queens, where I grew up, along with many other children of immigrants, influenced me and my writing. With my writing, I strive to share the beauty of both the Italian American and Italian culture to my readers. Each of my novels are set in many of the places I have traveled to--another great passion of mine. I hope to travel soon to South America and Australia, where many Italians have also immigrated to, and bring alive the culture of these two wonderful continents in my books.

In addition to writing, reading, and traveling, I am a passionate cook and baker and spend much of my free time testing out new recipes. I also have an obsession with collecting houseplants, much to my husband's chagrin! My addiction for the past several years has been garment sewing. When I was a child, I watched my mother sew beautiful clothes for the entire family. My favorite articles of clothing that my mother made for me were a dress that matched hers when I was only five-years-old and a polka dot Marilyn Monroe inspired dress my mother had made for my older sister who passed it down to me and which I wore to the wedding of my college roommate.

Readers often ask me where I get my ideas for my books besides my Italian American background and love of Italy. Each of my novels has some aspect of me and my life. In certain books, like Bella Fortuna and Stella Mia, it might be more obvious to readers, especially to my family and longtime friends, but in others like Rosalia's Bittersweet Pastry Shop and The Sunflower Girl, it is not so obvious. Sometimes the stories are more the stories of others whom I have crossed paths with, but their experiences influenced me enough that I wanted to incorporate them in some way in my novels.

I hope you enjoy the adventures that my books will take you on, and I hope my characters will inspire you and remain in your memories long after the final page is turned...